Following the tragedy of 9/11, a resurgence of The Empire Hideous re-emerged. Hell’s Hundred Record’s prepared to release the new Hideous LP: Say Your Prayers. It was recorded with only Myke and guitarist Jeff Austin as the performing musicians. The CD was a great success upon it’s release and copies were selling rapidly. Say Your Prayers contained 14 tracks written by Myke Hideous and Jeff Austin. It also contains one bonus track of the band performing a live version of “Stealing From The Crow” at the world famous CBGB’s. Two tracks on the album: “Two Minutes ‘til Midnight” and “Heaven Raining Bullets” appeared in the top 100, most played songs on several college radio station airplay charts and club rotation charts.

Please note, this download-version does not contain non music tracks no. 2, 4, 6, 8, 11 and the bonus track which appear on the physical CD. 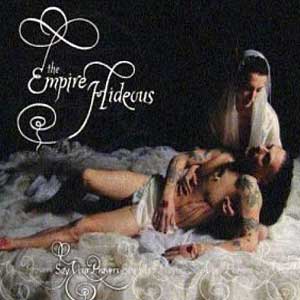