This CD/LP is a compilation released by Hell’s Hundred Records of Empire Hideous’ first three musical releases. Those included: The Empire Hideous 12” EP (aka: The Fly album), This Evil On Earth and Only Time Will Tell. One track from the 12” EP is excluded, as is one track from Only Time Will Tell. However, a song that had never before been released or heard by Hideous fans is included. It’s the very first song Myke Hideous ever wrote and recorded entitled: “Locked Up Outside.” All tracks on this CD have been re-mastered. 1000 CDs were pressed. 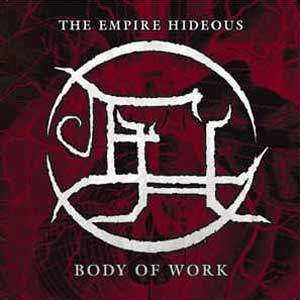